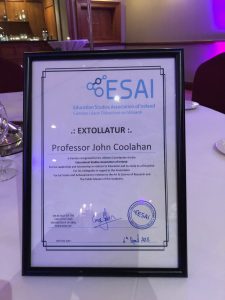 At the recent ESAI Conference 2018, the Educational Studies Association of Ireland was privileged to honour Prof. John Coolahan for his outstanding contributions to ESAI and to education. Prof. Coolahan was a founding member of the Educational Studies Association of Ireland in 1975, was editor of the first volume of Irish Education Studies in 1981, and was President of the association from 1982 to 1984.

Below is the full text of the citation that was read for Prof. Coolahan during the presentation made at the conference dinner. 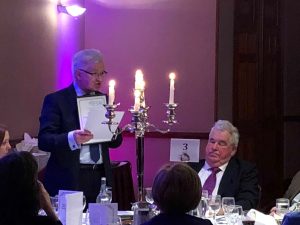 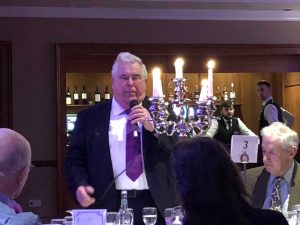 A champion of teachers and teaching, John recognised early in his teaching life that research and scholarship were core to the development of the professional teacher. With his classmates from St Patrick’s College in Drumcondra, he established the Teachers’ Study Group in 1961 and over the following years, this group convened many lectures, conducted studies of reading standards and pushed for the revision of the curriculum. John was a founding member of the ESAI in 1975, was editor of the first volume of Irish Education Studies in 1981, and was President of the ESAI from 1982 to 1984. Through these and many other roles, John has made a singular contribution to creating a new cadre of teachers, who are research literate and research-led, and has actively led the transformation of the teaching profession in Ireland. 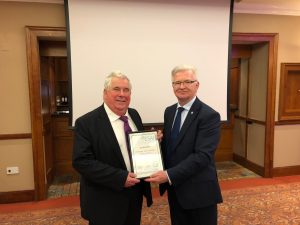 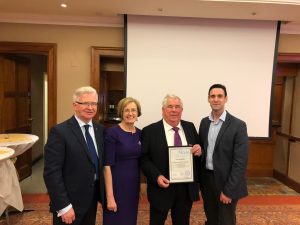 John has played a pivotal role in the development of policy in Irish education for many decades. His contribution to the OECD Report of 1991 marked a significant turn in the tide of Irish education. This document, which endorsed the life-long learning of the teacher, at initial, induction and in-service stages, promoted the establishment of the Teaching Council, and recommended a root and branch reform of the inspectorate and the Department of Education, was foundational to many of the developments of subsequent decades. Armed with a mastery of the history of Irish education, a capacity to analyse trends and movements in education, as well as a faculty to synthesise, interpret and integrate opposing views, John has been involved in the design and development of every piece of major legislation in Irish education. His approach has always been to promote, encourage, and stimulate change from within, to develop a network of change agents, and to be political, without engaging in politics.

Throughout all, John has been a treasured friend, mentor and colleague to the members of the ESAI. His sustained commitment to educational research, and to ensuring that this research has an impact on policy, is inspirational. Through his teaching, research, and policy work, John has led an exceptionally busy academic life, but has carried his commitments and erudition with ease and humility.

This award is a deserved acknowledgement of the visionary and inspirational leadership which John has given to many facets of Irish education throughout his career; and most especially to this Association; the ESAI.

On behalf of the Membership and Executive of the Association:
Conor Galvin, PhD (Cantab.)
President, Educational Studies Association of Ireland.